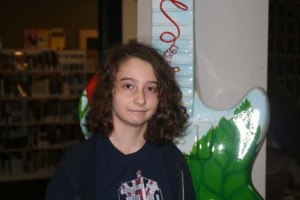 Hello, my name is Ira Rodriguez, and this is the story of how I die.

I don’t know who he is, or what he wants, but he’s after me. I guess I should start at the beginning. It all started once I moved to the small town of Waukesha WI. You’ve probably never heard of it, unless you’ve lived there.

When we drove up to our house, I felt this weird, tingling feeling. I ignored it and stepped inside. Something was weird. I felt…watched. My mom must’ve noticed I was acting weird because she said to me, “Are you okay, honey?”

We unpacked a pretty good chunk of our things, before we decided to get some sleep. Our beds weren’t set up yet, so we just slept in sleeping bags.

I woke up late at night, and checked my watch, and saw it turn 12 o’ clock. I was about to go back to sleep, but I heard something. I could hear… breathing. Someone’s heavy breathing. I started to freak out, thinking that someone broke into our house, somehow. I grabbed my phone from my bag and flipped it open.

I searched all around my room, but I didn’t see anything. By the time I slipped back into my sleeping bag, the breathing had stopped. I was still a little scared, so I scooted my sleeping bag to the corner closest to me and waited.

I guess I must’ve fallen asleep because I woke up with a pretty bad headache the next day. But by the time I got on the bus, it was feeling better.

School was fairly normal…well…except for the janitor. When he walked past me (which happened a lot, actually), he looked at me like he wasn’t sure if I was human or not.

On the bus, I got a call on my cell phone. I flipped it open to answer the call. “Hello?”

“Who wants to know?”

“I’ve been looking for you for quite a while now, Ira.”

“What are you talking about? Who are you?”

“Until then, I’ll be watching you.”

But he hung up.

The next day, at school, when I was trying to find my books in my locker, a note fell out. I picked it up. It said:

I’ve come for you.
At midnight tonight I will find you.
Wherever you are, I’ll be there.

After I read the note, the janitor came up to me. He didn’t say anything, he just stood there. “Umm excuse me?” I asked.

“Ira.” He echoed. Do you know what that means?”

“What are you trying to say?”

He glanced at the note.

“I’m sorry,” he said, “I should have prevented this.

Then the bell rang.

“I’m so sorry.” He said and walked away.

I didn’t see him the rest of the day, but by then I knew. I figured it out.

Once I got home, I tried my best to act as normal as possible, but deep inside, I knew I was going to die tonight. I don’t know why, exactly, I just knew I would.

When I went to ‘bed’ (our actual beds still haven’t been set up yet), I planned my escape. I needed to go somewhere else, away from my family. Even if he knew where I lived, I didn’t want anyone else interfering and getting killed because of me.

The library. It was only a couple blocks away, and I could type my story. So at least people would know.

I changed into a t-shirt and jeans as quickly and quietly as I could. I took the note that I found in my locker. I looked at it for a while, but then I remembered I had to hurry. I stuffed it in my pocket grabbed a hairpin that was lying on the floor, to pick the lock.

I quietly ran downstairs and opened the coin jar. I grabbed a handful of coins to pay for the paper I was going to print. I hopped on my bike and rode. It felt like the longest bike ride of my life. My short, short life. It seemed to last forever. Being the last, I suppose it would be long. I parked my bike and chained it up.

Maybe my family could sell it afterwards. It didn’t matter right now. So I ran up the stairs past the statue of a fox and stopped at the door. I pulled the hairpin out of my pocket and picked the lock.

I’m not going to tell you exactly what I did to get in, because, you really shouldn’t break into the library. Once I got in, I started to lock it again, but then I realized it didn’t matter. He would find a way in anyway. If he wasn’t already here.

I ran to the computers in the back of the library, and turned one on. I opened up Word and started typing.

I hear him going through the door.

I know that he’s not running late.

He’s coming from behind the shelf.

He’s right behind me.